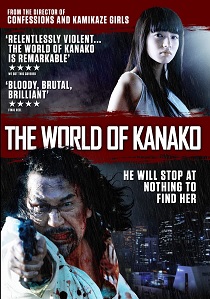 In a film by Tetsuya Nakashima (Confessions, Kamikaze Girls, Memories of Matsuko) and starring Koji Yakusho (Memoirs of a Geisha, Babel), Nana Komatsu, Satoshi Sumabuki (The Fast and the Furious: Tokyo Drift), Joe Odagiri (Sway) and Miki Nakatani (Ringu), The World of Kanako is released on DVD by Metrodome on 31st October 2016.

When beautiful straight-A high school student Kanako goes missing, her mother asks ex husband Fujishima - a drifting, irresponsible former cop - to find their daughter. He embarks on a desperate search in the hope of reuniting his 'perfect family' - by any means necessary. But as his investigation progresses, Fujishima starts to discover the darkness that lies behind his daughter's impeccable facade.

HotDVDBDUHD
The saga of Michael Myers and Laurie Strode continues in the next thrilling chapter of the Halloween series as Halloween Kills arrives on DVD, Blu-ray and 4K UHD 17th January 2022 from Universal Pictures (UK). END_OF_DOCUMENT_TOKEN_TO_BE_REPLACED
Top PicksView