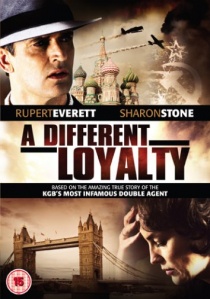 A Different Loyalty is an intriguing spy thriller based on the remarkable true story of Eleanor Philby and her relationship to husband Kim Philby, regarded as one of the most successful double agents of the Cold War era.

In Beirut, 1963, American artist Sally Tyler (Sharon Stone) is introduced by her husband, Paul (John Bourgeois), to the handsome and articulate Leo Cauffield (Rupert Everett). Posted in Beirut as the Middle East correspondent for the London Times, Cauffield, a Cambridge graduate, was formally employed as the head of the British Secret Service's counter espionage division.

Immediately attracted to each other, Sally and Leo begin a whirlwind, passionate affair. Unable to live with the guilt and torment of their secret relationship, Sally leaves Paul to pursue a life of adventure with the enigmatic Leo, marrying him and setting up home with him, her own daughter and Leo's two children from a previous marriage. But their idyllic family life is shattered when Leo suddenly disappears without a trace. Informed by Leo's close friend, Andrew Darcy (Julian Wadham), that Leo has defected to Communist Russia, Sally begins to delve into Leo's past, piecing together a complex jigsaw of intrigue that eventually reveals the shocking truth about her husband's former life.

Nominated for the prestigious Golden St. George Award at the Moscow International Film Festival, A Different Loyalty features a standout performance by Sharon Stone as a devoted wife and mother who is forced to come face-to-face with the age-old conflict between love and duty as East and West collide at a unique time in 20th century history. 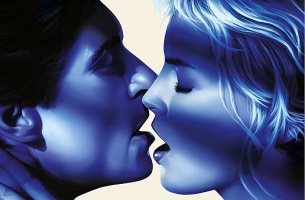 BD
In The Black Phone, released on DVD and Blu-ray 3rd October 2022 from Warner Home Video, a teenage boy is abducted by a sadistic killer and discovers a phone in his basement cell that allows him to communicate with the killer ... END_OF_DOCUMENT_TOKEN_TO_BE_REPLACED
Top PicksView