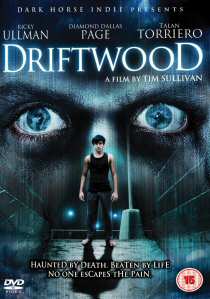 Concerned by his behaviour, his misguided parents send him off to Driftwood, a prison-like attitude adjustment camp for troubled youths run by the sadistic and homophobic Captain Kennedy (Page). Naturally rebellious, David doesn't fit in too easily at the camp, a situation that is further exacerbated by his frequent run-ins with Kennedy and his brutal young henchman, Yates (Torriero).

Shortly after arriving at the facility, David becomes haunted by the presence of a ghostly figure, Jonathan, a former inmate of Driftwood who disappeared under mysterious circumstances. The guilt and trauma of his recent loss somehow helps David to connect with the spirit of Jonathan, a connection that compels him to discover the truth behind the boy's disappearance. David's investigations lead him to the uncovering of a murder mystery that, while putting his own life in danger, could also prove to be the only he will ever escape from Driftwood.

An unpredictable and atmospheric ghost story that recalls Guillermo del Toro's The Devil's Backbone, Driftwood also effectively communicates the real-life horrors of bullying, homophobia and exclusion experienced by many young people who have spent time in US juvenile detention centres.