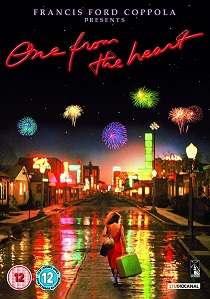 After completing Apocalypse Now, Francis Ford Coppola initially planned for his next picture to be an intimate romantic musical shot on a low budget in Las Vegas. Three years later, One from the Heart, receiving its UK DVD premiere from StudioCanal on 7th November 2011, had become a big-budget spectacular, shot on strikingly stylized sets at his newly opened Zoetrope Studio.

Hank (Frederic Forrest) and Frannie (Terri Garr) have been in a relationship for five years but their connection appears to be disappearing and all they seem to do is fight. On the evening of 4 July when the couple should be celebrating their anniversary, they wind up arguing again and Frannie walks out on Hank. After the break up, the two both meet who they believe to be their perfect match - Frannie meets Ray (Raul Julia) a dark, handsome musician and Hank meets Leila (Nastassja Kinski), a nubile and beautiful circus performer. But are these new bonds meant to be or will true love prevail over a seemingly idyllic, alluring passion?

Set on the exciting Las Vegas Strip and in the desolate dessert which echoes their whirlwind relationship, One from the Heart is a romantic Broadway-like musical drama from iconic director Francis Ford Coppola (The Godfather, Apocalypse Now). Also boasting an original soundtrack from Tom Waits (for which he was Oscar nominated for Best Musical Score) with vocal duets from Crystal Gayle, One from the Heart was also pioneering in the use of video-editing techniques which are standard practice in the film industry today. 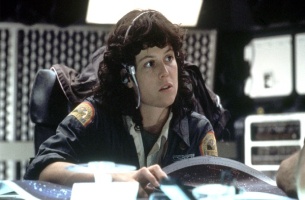 HotDVDBDUHD
Released on DVD, Blu-ray and 4K UHD 16th September 2019 from Lionsgate Home Entertainment, super-assassin John Wick is back and on the run after killing a member of the international assassin's guild, and with a $14 million price tag on his head - he is the target of hit men ... END_OF_DOCUMENT_TOKEN_TO_BE_REPLACED
Top PicksView