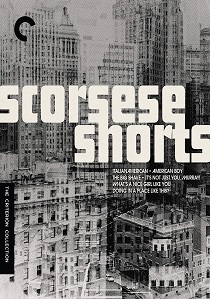 This compilation of five early short films by Martin Scorsese (Taxi Driver) offers a fascinating window onto his artistic development.

Spanning the years from Scorsese's time at NYU in the mid-1960s to the late '70s, when he was emerging as one of the era's most electrifying talents, Scorsese Shorts centers on the intimate home movie Italianamerican-a loving snapshot of the director's parents-and American Boy, a freewheeling portrait of a larger-than-life raconteur.

Also included are The Big Shave, a daringly visceral response to America's involvement in Vietnam, and the bracing student films What's a Nice Girl Like You Doing in a Place Like This? and It's Not Just You, Murray!.

Touching on many of Scorsese's key themes - Italian American identity, family, his beloved New York City - these are hilarious, candid, and illuminating works from the preeminent American filmmaker of our time.