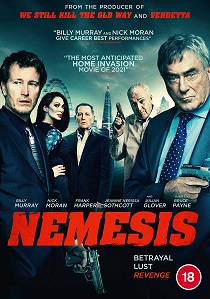 NewsThrillerCrime
News Article Go back to homepage
When underworld kingpin John Morgan returns to London with his wife Sadie from their perfect life abroad, a feud is reignited with vengeful cop Frank Conway who is obsessed with bringing him down as Nemesis arrives on DVD 29th March 2021 from Bulldog Films.
Billy Murray, Jeanine Nerissa Sothcott, Nick Moran, Frank Harper, Danny Bear, Ambra Moore
James Crow
Jonathan Sothcott
Bulldog Films
1 hour 27 minutes
29/03/2021
#Nemesis
Thank you for supporting DVD365.net when you order using the link(s) below. As an Amazon Associate we earn from qualifying purchases
Buy DVD
Information

When underworld kingpin John Morgan (Billy Murray) returns to London with his wife Sadie (Jeanine Nerissa Sothcott) from their perfect life abroad, a feud is reignited with vengeful cop Frank Conway (Nick Moran) who is obsessed with bringing him down.

John aims to bring the Morgan gang together at a party in his plush apartment where they are set to meet his daughter Kate's (Ambra Moore) new girlfriend Zoe (Lucy Aarden) - but all is not what it seems and as the night progresses a deadly game of cat and mouse ensues ending in revenge and murder, as the family are trapped in their own home by a gang of heavily armed intruders.

Nemesis is released on DVD 29th March 2021 from Bulldog Films. 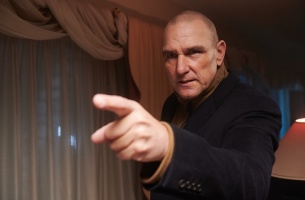 BD
A 13-year-old girl named Meilin turns into a giant red panda whenever she gets too excited in Disney and Pixar's 25th feature film Turning Red, released on DVD, Blu-ray and 4K UHD 2nd May 2022 from Walt Disney Home ... END_OF_DOCUMENT_TOKEN_TO_BE_REPLACED
Top PicksView