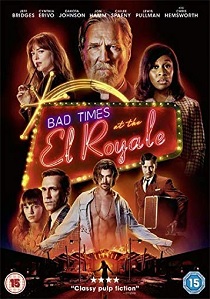 Circa 1969, several strangers, most with a secret to bury, meet by chance at Lake Tahoe's El Royale, a rundown hotel with a dark past. Over the course of one night, everyone will show their true colours - before everything goes to hell.

BD
A decade-defining classic from the imagination of Steven Spielberg and Chris Columbus, celebrating its 35 year anniversary, The Goonies is released on 4K UHD 31st August 2020 from Warner Home Video. END_OF_DOCUMENT_TOKEN_TO_BE_REPLACED
Hot PicksView