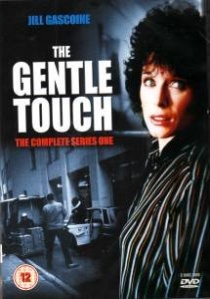 Network is proud to announce the release of seminal police procedural drama The Gentle Touch - The Complete First Series. This two-disc set will be released on 21st January 2008, complete and uncut.

Jill Gascoine stars in this 1980s ratings winner as Detective Inspector Maggie Forbes. The series opens with the violent murder of Forbes's Police Constable husband while she learns of her promotion. She is then left to juggle her important work as a D.I. with single parenthood and raising her teenage son.

Though under strict orders to avoid involvement in this painful and highly personal case, Forbes is determined to bring her husband's murderer to justice. Jill Gascoine delivers a powerful and compelling performance which strikes the perfect balance between feminine allure, compassion and a convincingly tough manner.

The Gentle Touch is notable for being the first series to feature a woman police detective as its lead character. It not only shows the police procedure within a Metropolitan Police CID Unit, but also allows unflinching insights into how a woman might cope with such a role, at a time and place where it is very much a man's world.