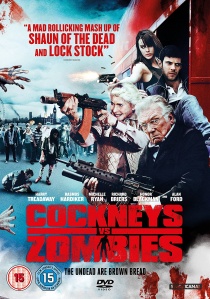 StudioCanal are 'eaven and 'ell chuffed to announce that 'orror comedy Cockneys vs Zombies will be available on DVD & Blu-Ray from 29th October 2012.

Cockneys vs Zombies follows a group of plucky cousins as they try to rob a bank to save their grandparents care home from developers. Little do they know, whilst they're cleaning out the vault, zombies as cleaning up the east end and shuffling towards Bow Bells' care home with an appetite for OAPs.

Cockneys vs. Zombies is a new breed of zombie adventure filled with equal edge-of-your-seat-tension and rocking-in-your-seat-with-laughter moments. If you ever wanted to see how a zimmer frame could turn into a lethal weapon, pick up Cockneys vs. Zombies on DVD or Blu-Ray on 29th October 2012, released by StudioCanal.

Equipped with all the guns and ammo they can carry, it's up to the gang to save not only their grandparents but the East End from Zombie-Armageddon. When it's the living vs. the undead... it's Cockneys vs. Zombies. 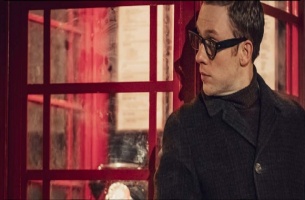 HotDVDTV
The globally renowned Len Deighton novel The Ipcress File, the first in the Harry Palmer series, has been adapted into a six-part series and is released on DVD 18th April 2022 from ITV Studios Home Entertainment. END_OF_DOCUMENT_TOKEN_TO_BE_REPLACED
Comments
Hot Pick

HotDVDBD
From the producers of Nobody and John Wick comes a bare-knuckle, coal-dark holiday action-comedy that says you should always bet on red as Violent Night sledges in on DVD and Blu-ray 6th March 2023 from Warner Home Video. END_OF_DOCUMENT_TOKEN_TO_BE_REPLACED
Top PicksView