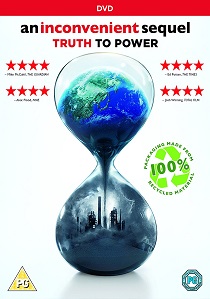 An Inconvenient Sequel: Truth To Power (2017)

Travelling the world to deliver lectures and meet with global leaders in an attempt to convince them of the benefits of investing in renewable energy, Gore highlights the progress that has been made in tackling the issues surrounding climate change in the last ten years and discusses the many problems which still remain.

An Inconvenient Sequel: Truth To Power is released on DVD 11th December 2017 from Universal Pictures (UK)