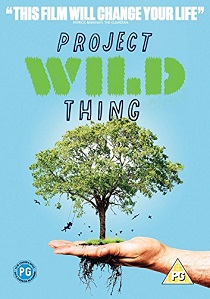 What will happen if we raise a generation of children completely out of touch with nature?

David Bond is concerned. His kids' waking hours are dominated by a cacophony of marketing, and a screen dependence threatening to turn them into glassy-eyed zombies. Like city kids everywhere, they spend way too much time indoors - not like it was back in his day. He decides it's time to get back to nature - literally.

In an attempt to compete with the brands, which take up a third of his daughter's life, Bond appoints himself Marketing Director for nature. Like any self-respecting salesman, he sets about developing a campaign and a logo. With the help of a number of bemused professionals, he is soon selling nature to British families.

His humorous journey unearths some painful truths about modern family life. His product is free, plentiful and has proven benefits - but is nature past its sell-by date?

Project Wild Thing, released on DVD by Drakes Avenue on 9th December 2013, is an ambitious, feature-length, stunt documentary for international theatrical, TV, film festivals and public screenings. The film has an international appeal, and will inspire viewers to rethink their own relationship with the natural environment.

DVD
In The Undoing, released on DVD and Blu-ray 22nd March 2021 from Warner Home Video, a chasm opens up in the seemingly perfect life of a successful therapist: a violent death, a missing spouse, and a ... END_OF_DOCUMENT_TOKEN_TO_BE_REPLACED
Top PicksView