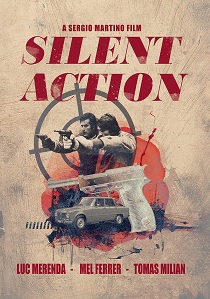 When high-ranking military officials turn up dead, all from apparent suicides or suspicious accidents, it's down to Inspector Giorgio Solmi (Luc Merenda, The Violent Professionals) to find out what's happened to them. Aided by Captain Mario Sperli (Tomas Milian, Almost Human), the two men soon find themselves in the midst of a deadly political scandal that threatens to bring Rome to its knees.

Making its global HD debut, Fractured Visions are proud to present Silent Action (A.K.A The Police Accuse: The Secret Service Kill), a bold and uncompromising take on a startling true story, lovingly restored and featuring a host of new bonus material.