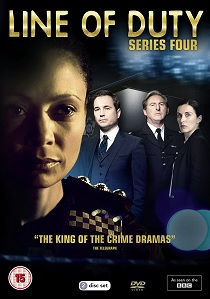 Critically Acclaimed hit crime drama, Line of Duty from renowned writer Jed Mercurio returns for its fourth thrilling series. This time it's set to air on BBC One and will be released on DVD, alongside the Line of Duty 1 - 4 Complete Box Set from Acorn Media International.

Renowned Hollywood star Thandie Newton (Westworld), plays DCI Roz Huntley in the new season of World Productions' gripping police corruption drama with AC-12 facing their most challenging case yet. Line of Duty: Series Four is set for its DVD release on 8th May 2017, the complete box set will be released on the same date.

In a career-defining case, Roz is under intense pressure from her superiors to apprehend a serial murderer after months of fruitless investigation. When another young woman is abducted, Roz is on the scene to track down and charge a 24-year-old man. But doubts around the young man's guilt lead the chief forensic investigator (BAFTA winner Jason Watkins - Inside No.9) to AC-12.

Is Roz ignoring forensic evidence that might prove the young man's innocence? AC-12's Supt Hastings (Adrian Dunbar - Ashes to Ashes), places DS Kate Fleming (Vicky McClure - The Secret Agent), undercover inside Roz's team to dig deeper into the case. With DS Steve Arnott (Martin Compston -Sweet Sixteen) piling on pressure from the outside, Roz is forced to act decisively. A mother of two and wife to Nick (Lee Ingleby - The A Word), Roz will do anything to stop her life from unravelling.

As suspicions mount and the case becomes ever more complex, AC-12 itself comes under threat.

This fast-paced hard-hitting thriller delves into the murky world of police corruption, and represents great British drama at its best. 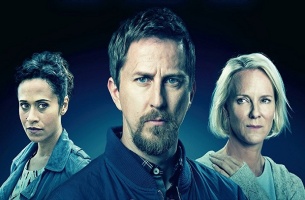 HotDVDTV
Brimming with suspicion, secrets and lies, Innocent, released on DVD 21st May 2018 from Acorn Media International, is an enthralling new thriller starring about a man trying to put his shattered life back together following his release from prison ... END_OF_DOCUMENT_TOKEN_TO_BE_REPLACED
Comments
BD Releases News Pick

BD
For the first time in the cinematic history of Spider-Man, our friendly neighborhood hero's identity is revealed in Spider-Man: No Way Home, released on DVD, Blu-ray and 4K UHD 4th April 2022 from Sony Pictures Home ... END_OF_DOCUMENT_TOKEN_TO_BE_REPLACED
Top PicksView