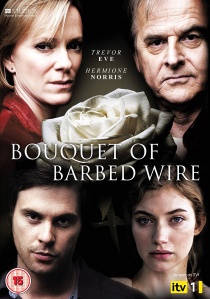 A Bouquet of Barbed Wire, a modern reworking of Andrea Newman's tale depicts a father's obsessive love for his daughter and how secrets once buried return to haunt their lives in a timeless three-part drama, is released on DVD on 20th September 2010 courtesy of ITV Studios Home Entertainment.

This provoking rework of the 1970s drama was filmed against the backdrop of London and was written by acclaimed writer Guy Andrews (Lost in Austen, Prime Suspect), directed by Ashley Pearce (Agatha Christie's Poirot, The Commander, Afterlife) and produced by Mammoth Screen.

Peter Manson, his teenage daughter Prue and wife Cassie are in the midst of a family crisis over Prue's shock affair with her teacher and resulting pregnancy when architect Peter employs rising star, Sarah Francis. Fearing that he is losing his beloved daughter and with his marriage to Cassie at breaking point, Peter turns to Sarah for affection. With his increasingly erratic behaviour, it is only a matter of time before all is revealed....

Executive Producer for Mammoth Screen Damien Timmer says: "The original TV version of A Bouquet of Barbed Wire was one of the most controversial dramas of its era, busting taboos which still have the power to shock decades later." 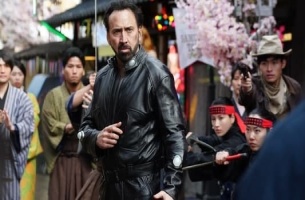 HotDVDBD
A notorious criminal must break an evil curse in order to rescue an abducted girl who has mysteriously disappeared in Prisoners Of The Ghostland, released on DVD and Blu-ray 15th November 2021 from Elysian Film Group. END_OF_DOCUMENT_TOKEN_TO_BE_REPLACED
Comments
UHD Releases News Pick