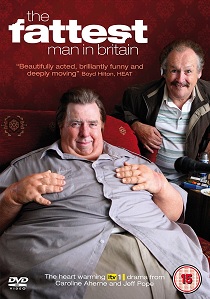 It's been 23 years since Georgie left his house and his only relationship with life outside is found in daytime telly, the view from his living room window and his visitors.

He relies on Janice, his kindly neighbour who comes in each day to help wash and look after him and his friend and agent Morris Morrissey (Bobby Ball). In charge of making sure he retains his title and cashes in on his size by feeding him up, Morris brings taxi loads of tourists to gawp at the "eighth wonder of the world" and prod Georgie's oversized body.

Then one day a young new addition to his 'family' arrives, when social services send problem teenager Amy, to tend to his overgrown garden. When the pregnant teen rows with her drug addict boyfriend, Georgie offers her a safe place to stay. Amy worries about Georgie's health and makes him think again about what he really wants - to be the biggest Britain has to offer, or a new-found friendship that offers him a life he never knew he could have.

Finally, Georgie gets a shot at the big time, when he is asked to take part in a live weigh off with his rival Big Brian on the local TV news. Will Georgie reign triumphant or will Big Brian take his title?

Inspired by real events, The Fattest Man in Britain, available to own on DVD from 28th December 2009, is a delightful, touching film featuring a stellar cast. 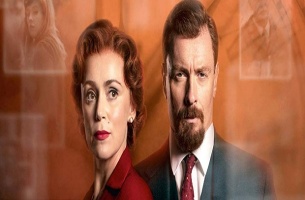 BD
For the first time in the cinematic history of Spider-Man, our friendly neighborhood hero's identity is revealed in Spider-Man: No Way Home, released on DVD, Blu-ray and 4K UHD 4th April 2022 from Sony Pictures Home ... END_OF_DOCUMENT_TOKEN_TO_BE_REPLACED
Top PicksView