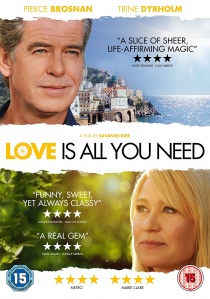 The sun-kissed shores of the southern coast of Italy play host to the romantic comedy of the year as Love Is All You Need arrives, full of languid charm, on Blu-ray and DVD on 2nd September 2013 courtesy of Arrow Films.

Ida (Trine Dyrholm - A Royal Affair, Festen) is in the mood to celebrate as her daughter is getting married and she has just finished a course of treatment for cancer. However, when she arrives home one day to find her husband doing some celebrating of his own with a much younger woman, Ida's world comes tumbling around her ears. Arriving in beautiful Sorrento for the wedding, Ida is determined to put on a brave face and refuses to let even the initially brusque manner of the groom's father, Philip, (Pierce Brosnan - Mamma Mia, The Ghost) put her off. But as the wedding celebrations gather pace, all involved - including the supposedly happy couple - are faced with the realisation that the spirit of Italy is offering them the chance of a new beginning - one that Ida and Philip ultimately grasp with both hands.

Danish auteur Susan Bier - best known for hard-hitting dramas like In A Better World and Things We Lost In The Fire - marks a step change in both tone and pace with Love Is All You Need and in so doing delivers the breakout romance of the year. With an international cast and stunning cinematography making the very best of southern Italy's dramatic vistas, Love Is All You Need is the perfect holiday at home for romantics everywhere. 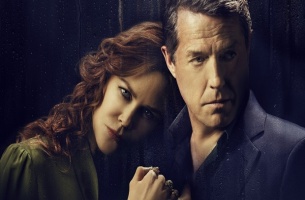 HotDVDBDTV
In The Undoing, released on DVD and Blu-ray 22nd March 2021 from Warner Home Video, a chasm opens up in the seemingly perfect life of a successful therapist: a violent death, a missing spouse, and a chain of terrible revelations. END_OF_DOCUMENT_TOKEN_TO_BE_REPLACED
Comments
DVD Releases News Pick