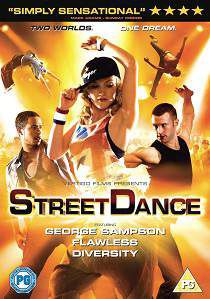 Watch street dance and ballet collide when the biggest dance film ever, StreetDance 3D is released on Blu-ray and DVD on 27th September 2010 from Vertigo Films and Entertainment One. This feel-good film of the year, everyone's been talking about, gives you a front row seat to all of the most jaw-dropping and groundbreaking street dance performances from an all-star British cast including Britain's Got Talent dance sensations Flawless, Diversity and George Sampson. Also featuring tracks from UK music sensations N'dubz, Tinie Tempah, Pixie Lott, Wiley and Fatboy Slim, you won't be able to stop yourself from jumping up and dancing whilst watching StreetDance 3D.

Set in and around London, StreetDance 3D follows Carly (Nichola Burley) and her dance crew Breaking Point, as they work their way towards the UK Street Dance Championships. With no funds or rehearsal space, Carly strikes a deal with the Royal Ballet's schoolmistress Helena (Charlotte Rampling), who in exchange for a studio, has the crew work alongside a company of unmotivated ballet dancers in hopes of reinvigorating her students before The Royal Ballet auditions. With no common ground and with passions riding high, they realise they must join forces to battle the reigning street dance crew, The Surge (Flawless) to win the championship. Will the two groups of dancers find a way to perfect their moves in time to steal the UK Street Dance Championship title?

The UK's first ever street dance movie in 3D is yours to own on a 2 disc Blu-ray and DVD that feature both 2D and 3D versions of the film with 4 pairs of 3D glasses inside to make you feel like you are a part of each dance number! Packed with the best of British musical and dance talent, you'll be inspired to dust off your trainers and start dancing this September. 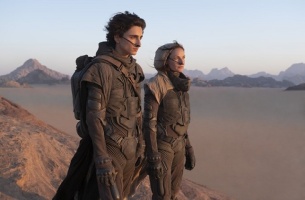