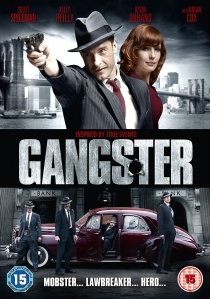 Based on the true story of Edwin Boyd, a notorious bank robber and leader of the infamous Boyd Gang. Disillusioned by his life after returning from WWII, Edwin Boyd is determined to follow his dream of becoming a Hollywood star.

However with the need to provide for his young family, and jobs in short supply, his dream seems destined to remain just that. He decides the best way to achieve his goal is to rob banks - Hollywood style. But his actions lead him down a path to danger, tragedy and prison.

UHD
From the Wachowski brothers and Joel Silver, the masterminds behind The Matrix trilogy, comes another intriguing, action-packed fantasy-thriller in V for Vendetta, released on 4K UHD 2nd November 2020 from Warner Home Video. END_OF_DOCUMENT_TOKEN_TO_BE_REPLACED
Top PicksView