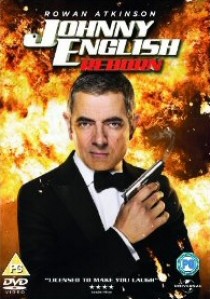 Rowan Atkinson (Johnny English, Mr. Bean's Holiday) returns to the role of the improbable secret agent who doesn't know fear or danger in the comedy/spy thriller Johnny English Reborn coming to Blu-ray and DVD on 13th February 2012 from Universal Pictures UK. In his latest adventure, the most unlikely intelligence officer in Her Majesty's Secret Service must stop a group of international assassins before they eliminate a world leader and cause global chaos.

In the years since MI7's top spy vanished off the grid, he has been honing his unique skills in a remote region of Asia. But when his agency superiors learn of an attempt against the Chinese premier's life, they must hunt down the highly unorthodox agent. Now that the world needs him once again, Johnny English is back in action.

HotUHD
A decade-defining classic from the imagination of Steven Spielberg and Chris Columbus, celebrating its 35 year anniversary, The Goonies is released on 4K UHD 31st August 2020 from Warner Home Video. END_OF_DOCUMENT_TOKEN_TO_BE_REPLACED
Top PicksView