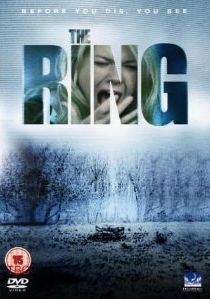 When four teenagers meet with a unexplained death exactly seven days after watching a mysterious video tape, an old urban legend resurfaces about a video which is filled with nightmarish images that leads to a phone call foretelling the viewer's death in exactly seven days. With her niece being one of the victims, investigative reporter Rachel Keller decides to track down the video and dispel the myth. At first, all the information coming at her about the video tape seems ridiculously implausible and nothing more than teenage gossip. But when she visits the log cabin where the four teenager supposedly watched the tape she finds an unlabeled tape and decides to place it in her video player.

Rachel is greeted by a series of dark and mysterious images of ladders, horses, lighthouses, mirrors and landscapes all implying an answer to the unknown. And then, the phone rings. As Rachel gets more and more disturbed by the number of strange coincidences occurring around her she decides to get her ex-husband Aidan to watch the tape and relieve her fears. But when Aidan also gets the same mysterious phone call and starts to witnesses the same strange coincidences the legend is apparently coming true.

With the clock to their apparent grisly end ticking by, Rachel and Aidan have just seven days to uncover what the tape is all about. As their investigations continue, Rachel uncovers a tragedy stricken horse ranch and a strange girl called Samara. However, as if things weren't already scary enough for the pair, Rachel's young son Noah has just found the video tape in her apartment and sat down for a innocent afternoon viewing...

The images match the ghostly nature of the film with a dark and gloomy picture which is light on colour but has plenty of detail. The entire film is bathed in a strange and almost bleached blue hue which gives each and every scene a dark and bleak outlook to the world. It's certainly impressive, but there are many occasions where the picture has a distinct graininess about it. Whilst it's certainly not distracting it is never the less annoying to still see a film, especially a recent one such as this, suffering from a lapse in the DVD encoding process. Fortunately, the picture manages to retain its dignity with a print which is free from any signs of artifacting and dust scratches.

If a horror or thriller film is to keep the attention of the audience it really needs a soundtrack to match the creepy on-screen goings on. Fortunately, it does manage to produce the goods with the minimum amount of effort for the maximum amount of neck hair raising gain. The dialogue is crisp and clear in the centre channel and there are no signs of any cross bleeding to the other channels. The surround channels are used sparingly, so much so you'd hardly notice they were there, but when they are called into action the effects are very effective and certainly help heighten the on screen tension.

The menu is animated and scored in an pleasant and eerie way. If there was ever a menu system to prepare you for a horror film then this would be it. With quick cut scenes and images from the mysterious video tape you'll be reaching for a cushion to hide behind before the films even started! Whilst the menu system is excellent, it's all wasted on the rather lacklustre extras. All that's on offer is a fifteen minute short which is made up of deleted, unused and existing scenes from the film. Whilst it's interesting enough, why didn't they bother to include the actual video "nasty" that caused so much rumpus in the film in the first place? The only other extra on offer is a trailer for Catch Me If You Can. Now if you really wanted to make the package interesting, where was the behind the scenes featurette or interview with the original creator Kôji Suzuki? A definite missed opportunity.

The Japanese film industry has been on a bit of a roll recently so I always worry when Hollywood trumpets the remake of a "foreign" classic. You only have to look at the Hollywood remakes of the British Get Carter, The Italian Job and the French The Assassin to realise that an American touch is not always the best. As a result I was very worried about what The Ring was going to offer. Fortunately, Hollywood have finally managed to produce a worthy remake in the form of the Japanese international box office hit Ringu. This psychological horror film filled the pants of many a Japanese cinemagoer, so it was only fair that Hollywood did their bit for the domestic underwear market.

Whilst the casual film viewer may well indeed be scared by this film, fans of the horror genre in general will find little to make them really jump. The gore-o-meter has definitely been toned down a bit and The Ring leaves it up to your imagination for many of its more disturbing moments. And depending on just how sick your imagination is, this may well indeed be scary or just plain kitten cute. A clever ploy to get you to think for yourself or hideous plot to avoid paying for special effects? That's one for you to decide.

The Ring appears to be a strange mix of ideas which includes bits from The Sixth Sense, The Candy Man and Poltergeist. It's certainly worth a look in, if only to see just what all the hype was about. It's just a pity that the overall package is let down by the rather sparse extras.