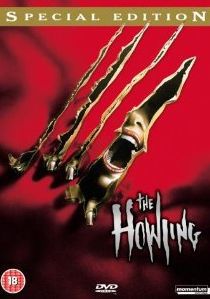 News anchorwoman Karen White is investigating the latest serial killer to plague Los Angeles and when Eddie Quist phones the television station with information on the identity of the killer she decides to meet the informant. However, Eddie will only meet on his terms so wearing a wire, and with the police at a safe distance, they meets up at the back of a seedy downtown pornography store. But before Eddie has chance to talk to Karen, and reveal his full and horrifying identity, a trigger happy police officer bursts into the room and guns him down.

Unable to sleep and disturbed by the terrible visions of Eddie Quist, psychiatrist Dr. George Waggner thinks he has the ideal solution to her problem and suggests a break at his exclusive health spa, "The Colony". His spa is an idyllic and isolated retreat located up in the hills where she'll be able to relax away from the hurly-burly of the modern world. So accompanied by her husband Bill, it doesn't take them long to settle in and get to know the other guests at the retreat. However, try as she might, her terrifying memories and visions show no signs of abating, and if anything they are becoming worse. So when some less than friendly wildlife starts to pay her visits in the night, it doesn't take long for her holiday to change from a matter of unwinding to surviving.

With the majority of the film taking place either at night or in dark locations the picture can be prone to problems with grain. Matters aren't helped by the fact that the print is nearly twenty fives years old and the film was shot on a minuscule budget. Still, the transfer is reasonable enough with a good level of detail and colour depth whilst the print only tends to suffer from the occasional problem with dust scratches and other pictures imperfections. Again, given the age of the film, it would be very unfair to criticise the picture quality too much. But one thing is for sure, VHS doesn't even have the remotest chance of matching the reproduction here.

Being equipped with an English and German 448Kbps Dolby Digital 5.1 soundtrack, as well as a Spanish and Italian 192Kbps Dolby Digital 2.0 soundtrack, it is not hard to see why the special features ended being on the second disc. However, although the soundtrack has been remastered to Dolby Digital 5.1 there isn't really anything spectacular to report and given the age of the film it was always going to difficult to do much with the available material. Still, unlike the current release of The Fog, there is a definite improvement to original 2.0 mix with some good use of the surround channels for the ambient effects whilst the dialogue is clear and precise in the centre channel.

The menu systems across both discs are nicely animated a scored whilst the extras are housed on their own disc. But, unlike its region one compatriot and the special edition release of The Fog, there is no audio commentary to accompany the main feature. Still, even with the usual collection of filler material, the extras are reasonable enough and will keep fans more than happy.

Highlight has to be the Welcome to Werewolfland documentary. Running at just short of 50 minutes it has been created especially for the European release and contains interviews with most of the cast and crew. Director Joe Dante is interviewed along with some reasonable interjections from stars Dee Wallace-Stone, Belinda Belaski and Robert Picardo. However, it is Robert Picardo who is the most animated and interesting of the cast as he talks about his werewolf makeup and the arduous amount of filming he had to go through during the transformation sequences. Most people will recognise him as the ships holographic doctor in Star Trek : Voyager and his sarcastic tones and mannerisms in that programme gives a clear indication of his wonderful real life personality.

Next up are the Deleted Scenes and Outtakes. Unlike most sets of outtakes, where people just seem to fall about laughing, this twelve minute montage covers just about every eventuality. There's problems with makeup and props, goofed lines and even the crew getting their knickers in a twist whilst attempting to use the clapperboard. Given the age of the film it's all the more remarkable that these outtakes still exist. The Deleted Scenes run for just short of eleven minutes and there's no indication or introduction as to why they were cut. Still, it's a nice to have and the various scenes are of a decent enough quality, even if certain scenes do loose the audio at times.

Things are rounded off with an extensive picture gallery plus theatrical and teaser trailer. Whilst these sort of extras always raise the question of simply being filler material, it is the main documentary that saves The Howling : Special Edition from the danger of being simply labelled as an overpriced package. Still, it's pity that the audio commentary on the region one edition couldn't be included here, after all it is suppose to be a special edition.

Even now, The Howling remains the benchmark that other monster movies try to follow and the given the amount of sequels and copy cat movies it's a credit that a film of this age really does still manage to stand the test of time. The only real downside to the film would have to be the awful 80s clothes, the rather dodgy special effects (let's face it, it's a bloke in a fury costume with a dog head) and the incessant use of the hideous synthesizer, but on the whole this really is a film which true horror fans can't do without.

It may seem a little bizarre to go and criticise the special effects and yet give The Howling a recommended award for its special effects, but if you consider its limited budget and the fact that it was filmed back in 1981 they are nothing short of remarkable. Ok, so certain scenes look completely obvious, and no particular scene was ever scary, but it is the werewolf transformation that really shines and goes on to prove that you don't always need fancy CGI special effects. Whilst there's no doubt that the computer has changed the film industry for the better, I still often wonder whether we would have been better without it.