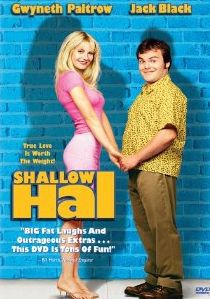 As a child Hal Larson witnessed his father die and his dying words to his son was to never take second best. It is something that has stayed with him into manhood and it reflects his goals in the dating game. Unfortunately for Hal, and his neurotic best friend Mauricio, they are setting their standards too high and they keep ending up going home alone at night.

When Hal gets stuck in a lift with a self help guru they spend their trapped hours talking about their lives in general. The guru offers to help Hal out with his relationships by getting him to see the inner beauty of all the women he sees. Once freed from the lift Hal sets out to find the woman of his dreams. To his surprise he's soon bumping into a bevy of beauties, and what's more he's even collecting their numbers.

His best friend Mauricio is puzzled, and concerned, by the various women Hal is chatting and dancing in clubs with. Has Hal decided to lower his goals so much he'll chat up the hippos and ugliest women at the clubs? When Hal meets, and falls in love, with Rosemary he thinks she is the slimmest and most beautiful girl in the world.

In reality Rosemary is a 300 pounder who'll demolish a large milkshake and pizza in a second. Mauricio decides to find the same guru who's inflicted this "evil curse" on his friend and gets him to remove his hypnotic spell. But will their relationship survive once Hal can see Rosemary in her true form?

The picture is bright and colourful with a vast amount of detail throughout the film. There is the occasional problem with outlining, but this is only generally a problem when there is large amounts of red on the screen at any one time. The bit-rate is high throughout the film and there are no signs of any artifacting or picture imperfections.

With it being a dialogue based film there isn't much use of the surround channels. However, the dialogue is crisp and clear in the front channels with the dialogue locked in the centre without any bleeding. There are also a large number of great sounding tunes to accompany the various moods and the CD soundtrack may just be a worth while investigation. It's certainly not demonstration material, but it does its job well enough.

As is the norm for a Farrelly brothers DVD it comes loaded with a fascinating set of extras. By far the most interesting is the jovial commentary by the brothers. Interesting enough, there is also a disclaimer by Fox at the beginning of the film over any opinions expressed. Mind you, there's hardly anything insulting in it, rather the opposite. They spend most of the time pointing out various people in the background and just how wonderful they are. It's also quite interesting to learn just how many friends and family of the production crew appear in the film.

Shallow Hal is certainly not as "in your face" as the Farrelly brothers other films There's Something about Mary and Me, Myself and Irene. Although their other films tried to put across a message in their own sick way this one is certainly more subtle. It's almost as if the brothers have gone soft in the head!

If you are expecting visual gags then they are still there. The montage of footage of Rosemary and Hal dating is certainly amusing, especially the swimming pool, boating and the super-sized knickers scenes. However, if you were expecting gross comedy then you'd better look elsewhere. Mind you, if you require an intake of beauties then Gwyneth Paltrow is certainly as gorgeous as ever, plus the many other actresses Hal sees through his misted mind.