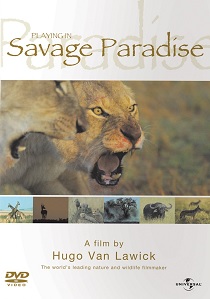 ReviewTV Series
Review Article Go back to homepage
Set in the Serengeti African National Park, the camerawork of Hugo Van Lawick masterfully portrays the poetry of this magnificent land's vast landscapes and documenting the everyday life of its inhabitants.
Simon Shrimpton-Taylor, The Animals of the Serengeti
Television
2
0 Hour 52 Minutes
Thank you for supporting DVD365.net when you order using the link(s) below.
Buy DVD
Story

Like Britain's David Attenborough, where a wildlife programme wouldn't be the same without his dulcet tones, Hugo Baron van Lawick was one of the world's most respected cameramen. Concentrating on the wildlife of Eastern Africa, throughout his career Hugo managed to record the immense diversity of wildlife that Africa, and in particular Tanzania, offered. For more than thirty years he worked close to the grass of the African plains and his experience made him one of the best.

As most wildlife filmmakers know, in order to get the perfect shot, patience is a very important trait. Fortunately, the highly experienced Hugo and his team had it by the bucket load and his Emmy award winning camerawork and knowledge of wildlife's natural behaviour ensure that his films are both unique and extremely informative. Unfortunately, his work has become all the more unique as he died in 2002, aged 65. However, his work lives on in his many Nature Conservation Films and in the form of this, and other, DVD releases in the series.

Accompanied by some dramatic, and amazingly involving music, Playing In Savage Paradise is a fascinating film about Africa's famous Serengeti Park. Life on the great plain is portrayed with some spectacular footage of birth, life and death which all combine to create a unique insight into how the animals of the land, water and air live and interact with each other. As usual, those awkward mating moments of the various animals are explored along their territorial behaviour and eating habits The 30,000 square kilometres of Serengeti is made all the more beautiful by some amazing camerawork that would make the BBC wildlife department blush and it's not hard to see why Hugo's mantelpiece was groaning with awards.

With a rich diversity of animals, plus flora and fauna of every conceivable type, it should be a visual delight. And on the whole it is, with some rich and vibrant colours and a wonderful level of detail throughout the feature. Whilst grain can be an issue (and a remastered Blu-Ray release would have simply been the icing on the cake) the print is clean and free from damage. Even the complicated camouflage patterns of the various animals are handled with ease and there are no issues with pixelisation. Needless to say, the beautiful cheetah looks simply gorgeous (although I still wouldn't like to pat it on the head).

Whilst the audio is only a 224 Kbps Dolby Digital 2.0 soundtrack, it still manages to be wonderfully involving. With the dramatic musical score and some wonderful sounds from the Serengeti inhabitants it's a fantastic track to listen to. For an even better sound you could try pushing it through your home cinema system and allow it to enhance the audio. It's just a pity there's no option to turn off the rather cheesy narration.

Whilst the menu is static is it scored with a haunting soundtrack and accompanied by sound of twittering birds. The only extra to be found on the disc is the fifty-two minute featurette My Backyard, the Serengeti. Almost as long as the main feature itself, it's just a interesting - if not better. With plenty of behind-the-scenes footage and tonnes of information on filming techniques from the crew, and details of animal behaviour from the great man himself, it's a great view. It's just a pity we don't get to view the entire feature without the rather annoying narration. Unfortunately, whilst subtitles are probably not going to help matters too much here, unless you speak Danish, Norwegian, Finish or Swedish then you're going to be a little down on your luck. With no English subtitles it's beginning to look like this release was a hasty one with little, or no, thought for the UK market.

I'm always a fan of wildlife programmes and this one is no exception. Whilst the narration from Simon Shrimpton-Taylor is probably aimed at a much younger audience (and, at times, it so cringe worthy that it's enough to make your teeth itch), the visuals and dramatic musical score accompanying the day to day lives of the animals more than make up for it. Another bonus is the fact a collection of Hugo Baron van Lawick titles is being released by Universal and they aren't going to break the bank.

If you're a fan of wildlife films - and you want to show your children a true picture of the daily struggle of hunters, and the hunted, then you can't go wrong with this release. The only downside is that the feature is a little short, although on the flipside, the bonus documentary certainly bolsters things. It's just a pity that the lack of English subtitles give it the look of a rushed release.