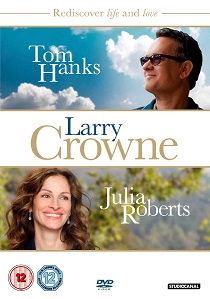 Enjoy the heart-warming inspirational journey of Larry Crowne in Tom Hank's second directorial adventure, which is available to own on DVD and Blu-ray from 14th November 2011, courtesy of Optimum Home Entertainment.

When appealing everyman Larry Crowne (Academy Award winner Tom Hanks - Forest Gump, Castaway) is inexplicably fired from his job as a Big Box store clerk, he realizes it's time for some meaningful changes in his life.

Co-written by Tom Hanks and Nia Vardalos (My Big Fat Greek Wedding) and produced by Philippe Rousselet (Source Code), Steven Shareshian (My Big Fat Greek Wedding) and Jeb Brody (Little Miss Sunshine) the charming and smart Larry Crowne is the perfect optimistic and romantic comedy about how the hard knocks can inspire personal reinvention and show the power of new beginnings