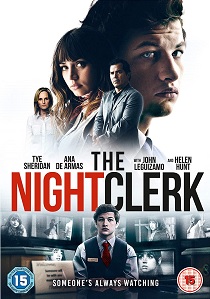 When a woman is murdered during his shift, Bart becomes the prime suspect, but he can't reveal his secret cameras have captured evidence to prove his innocence. As Detective Esapda's (John Leguizamo - Carlito's Way) investigation leads him to Bart and his mother (Helen Hunt - As Good As It Gets), Bart makes a personal connection with a beautiful new guest named Andrea (Ana de Armas - No Time To Die, Blade Runner 2049), but he soon realises he must try and stop the real murderer before he Andrea becomes the next victim.

UHD
Now more stunning than ever before, return to the stunning locations and epic adventures in Peter Jackson's Middle-earth in The Hobbit Trilogy, arriving on stunning 4K UHD 30th November 2020 from ... END_OF_DOCUMENT_TOKEN_TO_BE_REPLACED
Top PicksView