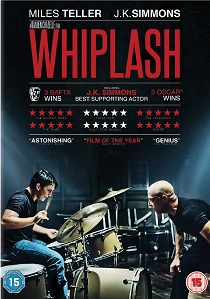 The compelling and critically acclaimed drama Whiplash arrives on Digital HD 18th May 2015 and Blu-ray and DVD 1st June 2015 from Sony Pictures Home Entertainment. From writer/director Damien Chazelle, this Sony Pictures Classics film follows the journey of a young jazz musician with a passion for drumming and dreams of greatness.

Winner of both the Audience and Grand Jury Prizes at the 2014 Sundance Film Festival, Whiplash was first screened at the festival as a short film a year earlier to excellent reaction. Chazelle returned a year later with a full-length version, which captured the top prizes in Park City and continued on as a festival favourite throughout the year. Film critics took to the film immediately, as evidenced by a 95 percent rating on Rotten Tomatoes. Camilla Long for The Sunday Times wrote that Whiplash was "totally engrossing", The London Evening Standard's David Sexton called it an "extraordinarily taut (and) accomplished piece of work" and Peter Bradshaw for The Guardian wrote that it was "outrageously watchable". In addition, Total Film called it a "masterclass in technique, power and rhythm that stings and sings like nothing else" and Empire magazine wrote that it "Spit(s) you out elated, exhausted and cheering for an encore."

Whiplash bonus features include commentary with J.K. Simmons and Damien Chazelle and a Toronto International Film Festival Q&A with Miles Teller, J.K. Simmons and Damien Chazelle. Exclusive to the Blu-ray is the original short film the movie was based on and a deleted scene, both of which include optional commentary and a 42-minute documentary featuring famous drummers who share stories and discuss their passion for the craft including Chad Smith, Peter Erskine, Gina Schock, Doane Perry and many more.

Andrew Neiman (Miles Teller) is an ambitious young jazz drummer, single-minded in his pursuit to rise to the top of his elite east coast music conservatory. Plagued by the failed writing career of his father, Andrew hungers day and night to become one of the greats. Terence Fletcher (J.K. Simmons), an instructor equally known for his teaching talents as for his terrifying methods, leads the top jazz ensemble in the school. Fletcher discovers Andrew and transfers the aspiring drummer into his band, forever changing the young man's life. Andrew's passion to achieve perfection quickly spirals into obsession, as his ruthless teacher continues to push him to the brink of both his ability-and his sanity. 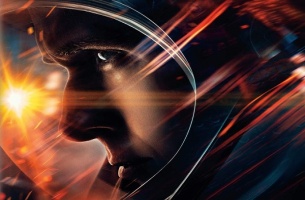 UHD
After more than thirty years of service as one of the Navy's top aviators, Pete 'Maverick' Mitchell is back where he belongs as Top Gun: Maverick flies onto DVD, Blu-ray and 4K UHD 31st October 2022 from Paramount Home ... END_OF_DOCUMENT_TOKEN_TO_BE_REPLACED
Top PicksView