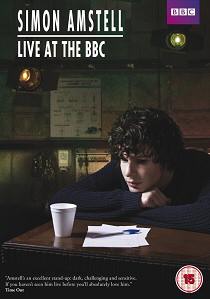 The award-winning comedian, actor/screenwriter (Grandma's House) and presenter (Never Mind The Buzzcocks, Popworld) Simon Amstell's stand-up show Numb recorded Live At The BBC as a one-off special will be released on iTunes on 4th November 2013 and on BBC DVD on 25th November 2013.

Simon toured Numb to sell-out audiences around the UK and Ireland in 2012, as well as Australia and, more recently, Los Angeles, San Francisco and New York. Recorded specially for BBC Four at TV Centre, this show offers a stripped-down, intimate performance, with no set and minimal lighting - an unflinchingly honest and deeply funny exploration of disconnection and loneliness.

Numb Live At The BBC is Amstell's second live DVD, following the release of 2009's critically acclaimed tour 'Do Nothing'. DVD extras include a backstage interview with Simon while he was touring Numb in New York and a candid interview with Alan Yentob from BBC series 'Imagine: The Art of Stand Up'.

UHD
The surviving members of the resistance face the First Order once again, and the legendary conflict between the Jedi and the Sith reaches its peak as Star Wars: The Rise of Skywalker is released on ... END_OF_DOCUMENT_TOKEN_TO_BE_REPLACED
Hot PicksView