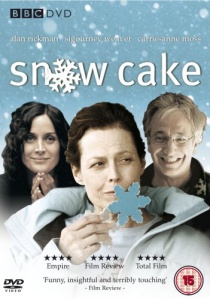 NewsDrama
News Article Go back to homepage
Snowcake, released on 5th February 2007 from Cinema Club, is a beautiful and bittersweet drama about how the power of friendships, no matter how eccentric, can change our lives and mend our hearts.
Johnny Goltz, Scott Wickware, Callum Keith Rennie, Jackie Brown, Emily Hampshire, Alan Rickman
Marc Evans
Andrew Eaton, Jessica Daniel, Steve Coogan, Gina Carter
Cinema Club
1 hour 52 minutes
05/02/2007
Thank you for supporting DVD365.net when you order using the link(s) below. As an Amazon Associate we earn from qualifying purchases
Buy DVD
Information

Snowcake, released on 5th February 2007 from Cinema Club, is a beautiful and bittersweet drama about how the power of friendships, no matter how eccentric, can change our lives and mend our hearts. Starring the hugely talented Sigourney Weaver, Alan Rickman and Carrie-Anne Moss, this critically acclaimed powerful drama will warm even the coldest of hearts.

In a shocking twist of fate Alex (Alan Rickman) finds his world turned upside down when he begrudgingly picks up Vivienne, a young and spirited hitchhiker. Just as Alex begins to warm to her, tragedy strikes and Vivienne is killed. Overcome with guilt and grief, Alex seeks out Vivienne's mother Linda (Sigourney Weaver), only to discover that she is autistic with little understanding of what has happened.

Alex feels compelled to help Linda with the funeral arrangements, in doing so he becomes increasingly involved in her life discovering the unique and enchanted world Linda lives in. Their friendship develops and Linda helps Alex come to terms with his troubled past.

Alex also forms a relationship with Linda's sassy neighbour Maggie (Carrie-Anne Moss), and is the object of scrutiny by the incompetent local law enforcement officer Clyde (James Alodi) who, besides being jealous of Alex's relationship with Maggie, believes he's discovered a dark secret in Alex's life.

Snowcake is an emotionally powerful drama about learning to deal with the past, taking hold of the present and looking to the future and the beauty found in the small things in life. It is deeply moving and life affirming. 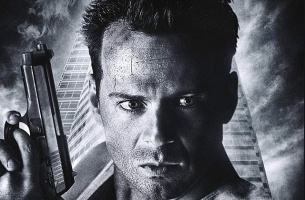