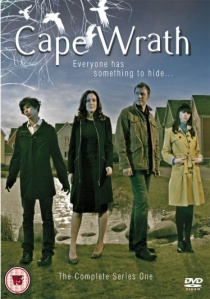 Cape Wrath is the story of the Brogan family, and their new lives in their new luxury home. On the run from their past, the Brogan's are part of a witness protection programme and move to a place where they can all be safe, the exclusive Meadowlands - a supposed 21st Century paradise. Disease, drug and crime-free, urban life is a trouble far away.

However, the Brogans soon realise that beneath its welcoming exterior, lurks a rich seam of secrets. As they discover more about their surroundings, they begin to realise that all is not as it may seem and as their paranoia grows they question what is really going on in Meadowlands.

A captivating, emotionally addictive drama Cape Wrath explores the nature of identity and memory - asking if anyone can ever really wipe the slate clean?

HotDVDBDDIGITAL
With stunning revelations, glamorous journeys, and the arrival of the Jazz Age, Downton Abbey: A New Era, released on DVD and Blu-ray 15th August 2022 from Warner Home Video, will be the Crawleys' biggest adventure yet as they grapple with their future and new intrigue about ... END_OF_DOCUMENT_TOKEN_TO_BE_REPLACED
Top PicksView