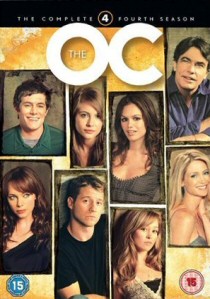 Warner Home Video presents the end of an era and the final chapter of the worldwide smash-hit US drama with the DVD release of The O.C. : The Complete Fourth Season as an extras-packed 5-disc box set on 28th May 2007.

The five-disc collectors set of The O.C. : The Complete Fourth Season includes the final 16 addictive episodes of this pop culture phenomenon, along with an array of exclusive unaired scenes and all-new behind the scenes featurettes.

High school seems like a distant memory to the young graduates at the centre of The O.C. particularly because they have been thrust into adulthood after the death of their beloved friend Marissa Cooper. Hardest hit is Ryan: it's a battle for Ryan's soul as the Cohen's struggle to keep him focused on the future, fighting the forces that threaten to pull him back into his old life.

Sandy returns to the Public Defender's office, and he and Kristen find themselves reaching out to another troubled teen, but this one is not a stranger: it is Kaitlin Cooper, the number-one troublemaker at Harbor High School and too much to handle for her mother Julie, who's off making some trouble of her own.

The person most excited about leaving high school finds himself back there - as a teacher. And the new cast member (Taylor Townsend) finds herself with some unlikely new roommates - and family members. As much as the arrival of Ryan has changed the lives of this community, so too, has the loss of Marissa.

This season hits the ground running with The O.C. 's trademark mix of heart, humour, drama, action and romance. It's a new day on The O.C 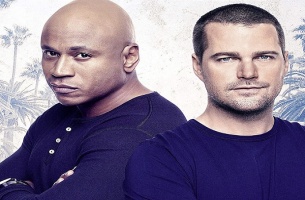