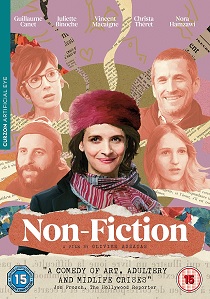 Fortunately for them, Alain (Guillaume Canet), both Selena's husband and Léonard's publisher, rejects the book and remains seemingly oblivious to the whole ordeal, maybe because he's having his own affair as well! But eventually, the group must confront their double lives in a comedy of art, affairs and midlife crises.

HotDVDBDUHD
Released on DVD, Blu-ray and 4K UHD 16th September 2019 from Lionsgate Home Entertainment, super-assassin John Wick is back and on the run after killing a member of the international assassin's guild, and with a $14 million price tag on his head - he is the target of hit men and women everywhere. END_OF_DOCUMENT_TOKEN_TO_BE_REPLACED
Hot PicksView