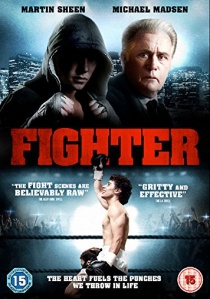 Abner is a young man trapped in his home town and surrounded by drug dealing, prostitution, violence and poverty. He boxes, but his abusive father exploits him, keeping any winnings for himself. Help comes when he meets Frank (Martin Sheen) a local physician who takes an interest in Abner and shows him how his boxing can help him escape. Just as things are looking better for him, tragedy strikes and threatens to derail everyone's attempts to get Abner a better life.

Related Articles
Anne of Green Gables, Badge Of Honour, Amazonia, Grace And Frankie: Season 1, Badge Of Honour, The Double, The Amazing Spider-Man, The Way, Apocalypse Now: Full Disclosure Edition, Apocalypse: The Second World War, The Departed, Who Killed the Electric Car?, Catch Me If You Can, Catch Me If You Can, The West Wing: Season 7, Badlands: The Criterion Collection, Apocalypse Now - Final Cut, Judas and the Black Messiah
Diamond Heist, Piranhaconda, Deep Winter, Die Another Day, Reservoir Dogs: Special Edition, Every Last One of Them
Comments
UHD Releases News Pick