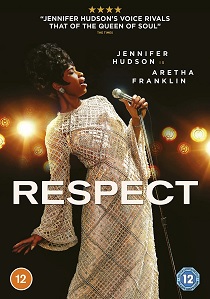 Following the rise of Aretha Franklin's career from a child singing in her father's church's choir to her international superstardom, Respect is the remarkable journey of the music icon's path to find her voice.

The film on DVD and Digital comes packed with all-new exclusive bonus content including behind-the-scenes featurettes about Jennifer Hudson's transformation into the Queen of Soul, director Liesl Tommy's filmmaking process, the creation of the beautiful sets and custom wardrobes, Aretha's experience at Muscle Shoals, and more taking audiences deeper into the empowering story and world-renowned chart-topping music that has become a global anthem for strength, independence and positivity.

Directed by Tony Award® nominee Liesl Tommy (Insecure, The Walking Dead) from a screenplay written by Emmy Award nominee Tracey Scott Wilson (Fosse/Verdon, The Americans) and story by Academy Award® winner Callie Khouri (Thelma & Louise), Respect is the biggest female-led musical drama in recent history and a must own film with extraordinary showstopping performances to watch over and over. 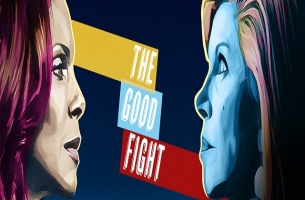 HotDVDTVBoxset
In The Good Fight: Season Five, released on DVD 16th May 2022 from Paramount Home Entertainment, Diane is forced to question whether it's appropriate for her to help run an African-American law firm with Liz when the firm loses two top lawyers. END_OF_DOCUMENT_TOKEN_TO_BE_REPLACED
Comments
UHD Releases News Pick