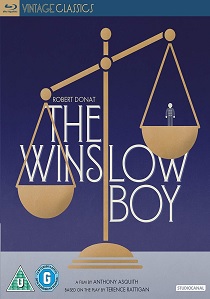 A thoroughly British, searing drama about the conquest for truth and the sacrifices that come with it, The Winslow Boy is released on DVD and Blu-ray 3rd February 2020 by StudioCanal.

BD
A notorious criminal must break an evil curse in order to rescue an abducted girl who has mysteriously disappeared in Prisoners Of The Ghostland, released on DVD and Blu-ray 15th November 2021 from ... END_OF_DOCUMENT_TOKEN_TO_BE_REPLACED
Top PicksView