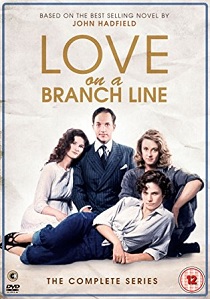 Desperate for a radical change and some excitement in his life, his chance arises when he is tasked with dismantling an old government research unit in the country. He soon finds himself seduced by life in the idyllic village in East Anglia and is beguiled by the charms of local eccentric Lord Flamborough and his three beautiful daughters.

Starring Michael Maloney (Notes on a Scandal), Maria Aitken (A Fish Called Wanda) and inimitable comedy favourite Leslie Phillips, this classic slice of comedy is set for release on DVD, on-demand and download as Love on a Branch Line: The Complete Series on 17th July 2017.

Get on board for Love on a Branch Line.