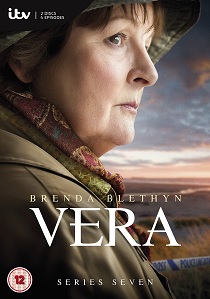 Set around Newcastle and the stunning Northumberland countryside, based on the bestselling Inspector Stanhope books by award-winning writer Ann Cleeves, Vera and her team are drawn into four more compelling mysteries, including the death of a wildlife ranger, left alone overnight on a remote and inaccessible island.

HotDVDBD3D-BDUHD
The producers of Godzilla reimagine the origins of one the most powerful monster myths of all in Kong: Skull Island, released on DVD, Blu-ray, 3D Blu-ray and UHD on 24th July 2017 from Warner Home Video. END_OF_DOCUMENT_TOKEN_TO_BE_REPLACED
Hot PicksView