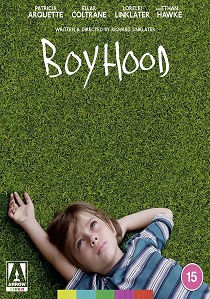 From Richard Linklater, the director of Slacker, Dazed & Confused and Before Sunrise, Boyhood is a ground-breaking cinematic achievement; a fictional drama made with the same group of actors over a 12-year period. At once epic and intimate, it is a one-of-a-kind trip through the exhilaration of childhood, the seismic shifts of modern family life, and the passage of time itself.

Dreamy-eyed grade-schooler Mason (Ellar Coltrane) is facing upheaval: his struggling single mom Olivia (Patricia Arquette) has decided to move him and older sister Samantha (Lorelei Linklater) to Houston - just as their long-absent father Mason Sr. (Ethan Hawke) re-enters their world. Thus begins a decade of constantly unfolding heartbreak and wonder. Against the tide of family moves and controversies, faltering marriages and re-marriages, new schools, first loves, lost loves, good times and scary times that will shape him, Mason emerges to find his own road in life.

A remarkable achievement that builds on Linklater's fascination with time, relationships and the ever-changing nature of our lives, Boyhood is a deeply moving experience that found praise from critics around the world and went on to win the award for Best Film at both the Golden Globes and British Academy Film Awards in 2015.

Boyhood is released on Blu-ray and 4K UHD 27th March 2023 from Arrow Films. 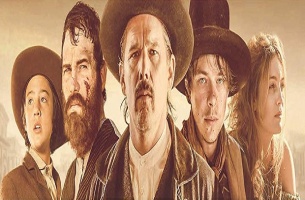 HotDVDBD
A fresh take on the infamous American Old West story of Billy the Kid and Sheriff Pat Garrett rides into your home when The Kid arrives on Blu-ray and DVD 3rd June 2019 from Lionsgate Home Entertainment. END_OF_DOCUMENT_TOKEN_TO_BE_REPLACED
Comments
Hot Pick

HotDVDBD
From the producers of Nobody and John Wick comes a bare-knuckle, coal-dark holiday action-comedy that says you should always bet on red as Violent Night sledges in on DVD and Blu-ray 6th March 2023 from Warner Home Video. END_OF_DOCUMENT_TOKEN_TO_BE_REPLACED
Top PicksView