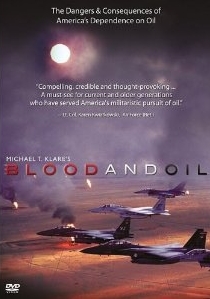 NewsSpecial Interest
News Article Go back to homepage
Guaranteed to appeal to fans of Michael Moore and Morgan Spurlock, Scanbox Entertainment are releasing Blood And Oil and War Made Easy, two politically charged and thought provoking documentary films that blow the lid on the United States' foreign policy.
Scanbox Entertainment
Unknown
30/11/2008
Thank you for supporting DVD365.net when you order using the link(s) below. As an Amazon Associate we earn from qualifying purchases
Buy DVD
Information

Guaranteed to appeal to fans of Michael Moore (Bowling For Columbine; Fahrenheit 9/11; Sicko) and Morgan Spurlock (Super Size Me; Where In The World Is Osama Bin Laden?), on the eve of the 2008 US Presidential Election, sees Scanbox Entertainment release Blood And Oil and War Made Easy (narrated by Sean Penn), two politically charged and thought provoking documentary films that dramatically, entertainingly and informatively blow the lid on the United States' foreign policy in the post-World War II era.

Each film takes a critical look at the two core motivators that have driven how the US has chosen to relate to the international community -- war and oil -- and how the government and much of the American media have colluded in hiding the facts from both the American public and the rest of the world. The notion that oil motivates America's military engagements in the Middle East has long been dismissed as nonsense or mere conspiracy theory.

Blood And Oil, based on the book by Nation magazine defence correspondent Michael T. Klare, challenges this conventional wisdom to correct the historical record. The film unearths declassified documents and highlights forgotten passages in prominent presidential doctrines to show how concerns about oil have been at the core of American foreign policy for more that 60 years, rendering US contemporary energy and military policies virtually indistinguishable.

The film calls for a radical re-thing of US and Western energy policy, warning that unless there is a change in direction, America stands to be drawn into one oil war after another as the global hunt for diminishing world petroleum supplies accelerates.

War Made Easy exposes a 50-year pattern of government deception and media spin that has dragged the US into one war after another from Vietnam to Iraq. Narrated by actor and activist Sean Penn, the film exhumes remarkable archive footage of official distortion and exaggeration from Lyndon B. Johnson to George W. Bush, revealing in stunning detail how the American news media have uncritically disseminated the pro-war messages of successive presidential administrations. Based on the critically acclaimed book of the same name by media critic and author Norman Solomon, War Made Easy gives special attention to the parallels between the Vietnam War and the war in Iraq.

Through meticulous research and tough-minded analysis, the film presents disturbing examples of propaganda and media complicity from the present alongside rare footage of political leaders and leading journalists from the past.