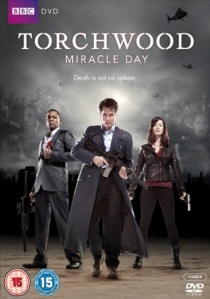 Torchwood returns for a fourth series in which the team face their greatest test yet to find out how and why has the whole world mysteriously become immortal. Torchwood is back and more explosive, sexy and thrilling than ever when Torchwood: Miracle Day bursts onto DVD and Bluray on 14th November 2011 from 2entertain.

One day, nobody dies. All across the world, nobody dies. And then the next day and the next and the next, people keep aging - they get hurt and sick - but they never die. The result: a population boom, overnight. With all the extra people, resources are finite. It's said that in four month's time, the human race will cease to be viable. But this can't be a natural event - someone's got to be behind it. It's a race against time as C.I.A. agent Rex Matheson investigates a global conspiracy. The answers lie within an old, secret British institute. As Rex keeps asking "What is Torchwood?", he's drawn into a world of adventure and a threat to change what it means to be human, forever.

This fantastic release is packed with extras including 'Magical FX on Miracle Day' a Behind the Scenes featurette, a motion comic, a character profile as well as intros to the episodes and audio commentary on the finale from show creator Russell T Davis. The full series of Torchwood to date is also available in a Series 1-4 boxset in perfect time for Christmas. 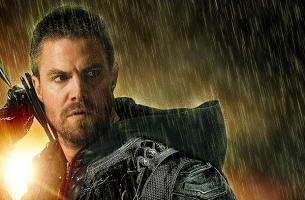 HotDVDBDTVBoxset
With a fourth season on the way, fans can catch up with all the action as Arrow: The Complete Third Season comes to Blu-ray and DVD on 28th September 2015, courtesy of Warner Home Video. END_OF_DOCUMENT_TOKEN_TO_BE_REPLACED
Comments
Hot Pick

HotDVDBD
From the producers of Nobody and John Wick comes a bare-knuckle, coal-dark holiday action-comedy that says you should always bet on red as Violent Night sledges in on DVD and Blu-ray 6th March 2023 from Warner Home Video. END_OF_DOCUMENT_TOKEN_TO_BE_REPLACED
Top PicksView