HotUHDBD
27/09/2020
Bursting with indelible characters, quotable dialogue and jaw-dropping special effects, Tremors is back and bigger than ever in this 4K-restored ...

DVDBD
27/09/2020
Unseen for decades, The Woman in Black, released on DVD and Blu-ray 12th October 2020 from Network, has been painstakingly restored by Network's ...

Scoob!, released on DVD and Blu-ray 28th September 2020 from Warner Home Video, is the first full-length animated Scooby-Doo adventure, and the never-before told stories of Scooby-Doo's origins and the greatest mystery in the career of Mystery Inc.

HotDVDBD3D-BDUHD
Board the Millennium Falcon and journey to a galaxy far, far away in Solo: A Star Wars Story, an all-new adventure with the most beloved scoundrel in the galaxy, is released on DVD, Blu-ray, 3D Blu-ray and 4K UHD 24th September 2018 from Walt Disney Home Entertainment. END_OF_DOCUMENT_TOKEN_TO_BE_REPLACED
Hot PicksView 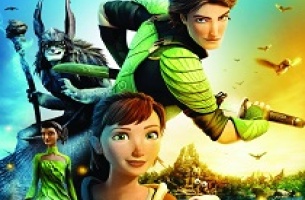 DVDBD3D-BDNOTES
17/04/2018
Epic is a 3D CG adventure comedy that reveals a fantastical world unlike any other. From the creators of Ice Age and Rio, Epic tells the story of an ongoing battle between the forces of good, who keep ... 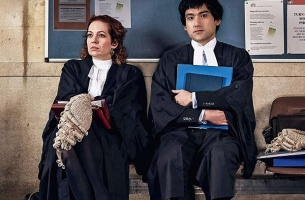 DVDTV
21/10/2019
Starring BAFTA winner Katherine Parkinson and Will Sharpe, and written by Kieron Quirke, idealistic pupil barrister Will Packham is shown the ropes by his cynical, worldly-wise pupilmaster Caroline, ...

The Day Shall Come

UHDBD
27/09/2020
Bursting with indelible characters, quotable dialogue and jaw-dropping special effects, Tremors is back and bigger than ever in this 4K-restored and fully loaded collectors' edition, available on 4K ... 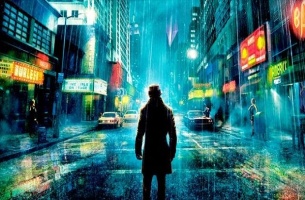 DVDBDDIGITALTVBoxset
30/07/2020
Set in an alternate history where masked vigilantes are treated as outlaws, Watchmen: Season 1, released on DVD and Blu-ray 1st June 2020 from Warner Home Video, reunites Lindelof with The Leftovers' ...

Once Upon A Time S3

BDTV
21/09/2013
When Marine Sergeant Nicholas Brody is hailed as a hero after he returns home from eight years of captivity in Iraq, intelligence officer Carrie Mathison is the only one who suspects that he may have ...