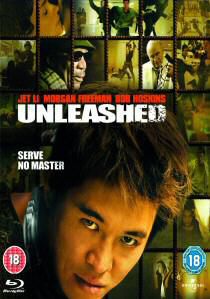 Danny is a human attack dog who is essentially owned by a powerful mobster he simply calls Uncle Bart. Trained in the martial arts since he was a child, and faithful as dog - even sporting a dog collar - once let off the leash Danny will to fight to kill. So when Bart and his henchmen go out on their daily debt collection runs they always bring Danny along to help with any customers who are a little hesitant to pay promptly. And when Bart takes Danny's collar off and issues the attack command "Get 'Em", Danny goes to work and single handily overfills the local dentist's waiting room and the accident and emergency department.

But when a bloody and violent Glasgow turf war causes serious injuries to Uncle Bart and his gang of thugs, a wounded Danny manages to escape. He is eventually taken in and eased back to health by a kind hearted family consisting of a blind piano tuner called Sam and his teenage stepdaughter Victoria. Together, they teach Danny something new and alien to him - how to be his own person and to how to fit into society without kicking seven bells out of it. They also help Danny to start to explore his previously unknown love of the piano which results in him recalling previously repressed memories of his mother.

But just when Danny thinks he has finally left his former life behind him, one of Bart's henchmen finds him and, after threats against his new adoptive family, he soon ends up back in the services of Uncle Bart. But this time, Danny's master has bigger and better plans for him. Never mind being an attack dog used to collect peanuts, Danny's martial arts prowess is far more profitable in the underground fight club arena where the competitors fight to the death and the prize winners pot is worth millions of pounds.

The picture is bright and colourful with a reasonable amount of detail and colour depth. Given that the film takes places in a rather grisly looking Glasgow, and in fairly dark interior locations too, the colours are deliberately subdued. As a result, the picture does suffer from a fair amount of grain. Mind you, the film looks like it had a rather modest budget which may have also played a major part in the quality of the transfer. Fortunately, there's no apparent problems with either artifacting or outlining, whilst being such a recent release, there are no problems with dust scratches or other forms of print damage.

The 448 Kbps 5.1 soundtrack is very lively with plenty of ambient effects and a thumping Massive Attack soundtrack throughout the film in both the surround and front stereo channels. The dialogue is crisp and clear in the centre channels whilst the bone crunching fight effects can be heard with equally disturbing clarity in both the centre and surround channels. The front stereo channels also provide a reasonable level of directional effects, but other than the fast paced action scenes, the dialogue channel is the main focal point of the action. You only have to watch the opening five minutes of the film to realise that this is going to be a very noisy and violent soundtrack indeed.

After an advert for Universal's interactive Coolroom.com feature, the menu is nicely scored and animated with cut scenes from the film of Jet Lee doing what he does best. The submenus are static and silent affairs, although there is a good set of transition effects between them. Extras wise, Unleashed offers a reasonable amount, but when you put it up against its region one counterpart you soon realise that, not only is there no DTS soundtrack, there is still an annoying difference in the extras when compared to the European DVD release. However, to be fair, a few of the extras are not on the region one version.

The main meat of the extras is the thirty-six minute Making of Featurette where the first thing you notice is that the film was originally titled Danny the Dog. Given that the film's production roots are based firmly in France, with a French director and production crew, the majority of the interviews with the crew are conducted in French with a set of English subtitles to save the day. There's a fair amount of behind-the-scenes footage, including a look at the various fight scenes, but I must admit that the fact that the majority of the interview footage is conducted in French with the director is a little annoying. Fortunately, Jet Lee conducts his interview in much improved English and he provides a small amount of useful information on his role and his research for the film. Although the other principle actors in the film are covered, with the usual set of praise from the director, I found it a little odd that there was no interview with any of them.

Set to music, the rather short two minute Making of FX featurette looks at the scene from the film where Danny remembers his mother playing at the piano. With numerous camera passes leading up to the addition of CGI effects zooming through the piano, it's quite interesting to realise that CGI was actually used in the scene. Still, it's just a pity that it's so short and without any commentary or introduction. The ten minute Complete Scenes featurette contains the main choreographed fight scenes from the film. The time coded images are of a fairly poor quality, but at least you see the various fighters, including Jet Lee, wearing harnesses to help them do some of the more complicated moves. But, again, with no commentary or introduction, you're left in the lurch as to the technical detail.

The three minutes worth of Deleted Scenes are not that exciting and, again, without any form of introduction or commentary, you are left to wonder as to why they were removed. Never the less, it looks like the usual pacing purposes caused the cuts, although there's a short fight scene that's also found its way to the cutting room floor. Next up are three minutes worth of Outtakes.

I was hoping that there'd be some bloopers from the various fight scenes, as per the closing credits of a Jackie Chan film, but it's simply a set of rather unfunny scenes of the various actors forgetting their lines or falling about laughing. Mind you, Bob Hoskins is far too professional and important to do such things. The three minute Music Video "Baby Boy" from RZA is a song from a group I've never heard of, but it's actually quite a pleasant tune, whilst the video contains plenty of clips from the film to whet your appetite. Things are all rounded off with the well presented Theatrical Trailer, and given it's French origins, the final text is shown in French.

Unleashed is written and produced by French director Luc Besson, and after the huge success of Kiss of the Dragon, sees Jet Lee once again teaming up again with one of Europe's finest. However, unlike their previous paring, script wise, Unleashed is an extremely poor film that descends into your typical Hong Kong styled action film, i.e. a ridiculous storyline which simply depends on extensive fight scenes. Never the less, if you like your martial arts films to contain nothing but bone crunching kung-fu violence, then the calm moments between the fight scenes will end up being a bit inconsequential to your viewing pleasure.

As usual, Jet Lee manages to produce the goods and impress us with Yuen Wo Ping's extensive range of choreographed fights. And with Jackie Chan getting a little bit too long in the tooth for this sort of action film, Lee looks like he has the kung-fu action film pretty much all sewn up. It's just a pity that the scripts he picks up aren't a little more impressive, and Besson must have been having a bad day when he scripted this. Still, I just hope Lee doesn't take the comedy route like Jackie Chan and sticks with what he does best - kicking ass big style. He's even taken some acting lessons too, and his acting is less wooden than his previous outings.

Unleashed is not going to tax any of your brain cells, and just what Morgan Freeman was thinking at the time he put pen to paper is a different matter. But for a martial art film without the usual awful dubbing, plus Lee's much improved English, you really can't go too far wrong. It may not be to everyone's taste, but the fair quality of the extras means that it's a worth a peak - even if it's just a rental. Still, true Jet Lee fans may find that the American region one release is a bit more of a tempting purchase. 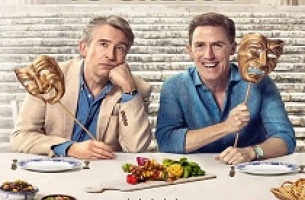 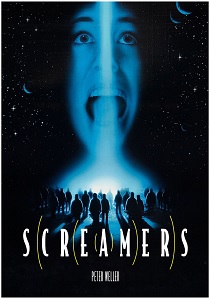 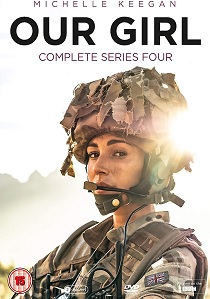