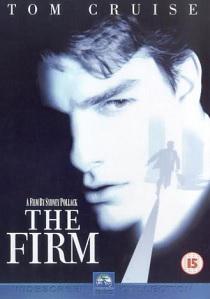 Mitch McDeere is a young and talented man with a bright future in law. About to sit his Bar exam he makes numerous approaches to law firms intent on finding the best paid job in order to bury his working class past. However, it is a small Memphis firm which impresses him the most. They have just offered him a position he can't refuse - 20% more pay than other offers, subsidised mortgage and a Mercedes car. It is all too good to be true, and naturally he signs on the dotted line. Overwhelmed by his newly acquired wealth and lifestyle, he is totally oblivious a more sinister side of the company and its clients.

However, when two of the firms associate lawyers are mysteriously killed in the Camion Islands, the FBI become suspicious and contact him requesting his help in order to bring the firm down. Mitch finds himself in a no win situation. If he doesn't help the FBI they will find the evidence elsewhere and he will be implicated and brought down with the rest of the company. If he does help the FBI and testify he will be violating client/customer confidentially and risks being disbarred. Mitch must figure out another way out.

The picture is bright and colourful, if a little washed out, and it does tend to suffer from picture imperfections throughout the film, although this is not the fault of the DVD but the state of the picture stock taken for the DVD. It has a high bit-rate through the film, occasionally hitting the maximum for the more frantic sections of the film, and there are no visible signs of artifacting or outlining.

The sound can only be classed as functional. Although the surround channels are used extensively, and effectively, for the musical score they are not used for much else. There are certainly no LFE's although with this being a dialogue based film you can't really be expecting something on par with Cruise's action films. The dialogue is fixed, and clearly audible, in the centre channel and it certainly makes a change from having to keep turning the volume up and down to reach a comfortable listening level without upsetting the neighbours.

This is a typical Paramount film with a distinct lack of extras, although the teaser and theatrical trailer is a bountiful collection by Paramount's standards. When is this company going to learn that the public expect more value for money when they buy DVDs, especially back catalogue material?

Although this is not the best John Grisham adaptation, the later half of the film goes AWOL from the original book, it is still a brilliant thriller, and indeed one of my all time favourite films. I was so impressed with the film that I went out and bought the Grisham novel. It is well worth looking into. 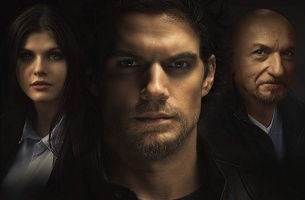 DVD
One of this year's darkest and most daring thrillers, combining the tense, psychological investigation of killer classics such as Silence of the Lambs and Zodiac, Night Hunter released on DVD 11th ... END_OF_DOCUMENT_TOKEN_TO_BE_REPLACED
Latest ReviewsView