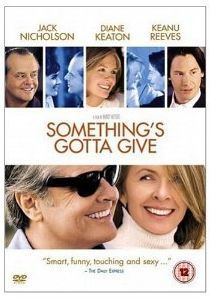 Harry Sanborn is a bachelor of advancing years who only ever dates women under the age of 30. And as one of the most eligible bachelors going, Harry claims never to have seen a crinkly rear or saggy set of breasts. Trouble is, it's not as if he goes out of his way to find women, as the beauties are falling over themselves in order to get a date. The women just love him and every beauty you can think of has been attached to his arm. Is it his fat wallet, after all he's a successful businessman in the rap music world? His magnetic personality? Perhaps it's his staying power (although these days he needs a little help from a blue pill). Who knows, but one thing is for sure - he's the envy of every living man.

Harry's latest infatuation is the lovely Marin and the pair are heading out to the Hamptons for a romantic weekend at her mother's plush, and extremely expensive, beach house. And as Harry is keen to point out, her mother can't be short of a dollar or two either. She isn't, as Marin's mother is the one and only Erica Barry, the highly successful, but currently divorced playwright. But the frisky couple won't be having the romantic weekend they'd planned as just as they are getting ready to go for a swim Erica turns up at the house. Unfortunately, Harry's introduction to Marin's mother is not quite what he'd envisaged as the shocked Erica, now brandishing a rather large kitchen knife, thinks that the trouser less Harry is a perverted burglar.

With everything explained, and the police told to stand down, they all decide to stay the weekend. But when Harry collapses from chest pains Erica is forced to come to the rescue and initiate CPR whilst the panicking Marin is left to phone for an ambulance. After being checked over by the doctors Harry is unwilling to stay in the hospital so Erica reluctantly allows him to stay at the beach house and help nurse him back to health. And once alone in the house together, Harry is surprised to find himself drawn to Erica for all the right reasons. And despite her initial protestations about Harry, Erica also finds herself rediscovering love. But complications arise when Erica is pursued by Harry's charming young doctor and Harry must undergo a true change of heart if he is to win her back.

For such a recent theatrical release the picture is quite shocking. However, there is nothing wrong with the print as such, but more likely the problem lies with DVD encoding and the amount of capacity which was made available for the picture. The resultant picture is too bright, suffers from high contrast levels and is visibly grainy. The bitrate is only average and whilst there's a reasonable amount a detail the interior scenes suffered from a distinct lack of real depth. With the film running at just over two hours, was the picture quality compromised in order to accommodate the two additional audio commentary tracks?

With the film being rather docile in the action stakes the Dolby Digital sound track can only manage a rather meagre 384Kbps transfer rate as apposed to the more standard 448Kbp soundtrack. However, the previous sentence most likely accounts for the reasoning behind this. After all, Something's Gotta Give is no high octane action film and there's still the need to accommodate a number of commentary tracks. And the film being dialogue based there is very little requirement for anything fancy in either the surround or LFE department.

Never the less, the film starts off brightly with Jack Nicholson's narrative accompanied by the superb tune Butterfly from Crazy Town. And this opening musical score sets the tone for the rest of the film. The dialogue is crisp and clear in the centre channel whilst the front channels offer some good stereo steerage throughout. The surround channels are not totally neglected and they are used for the occasional ambient effect. But it is the overall sound quality and the huge variety of music that really shines and adds some real dimension to the entire soundtrack.

The menu is a rather plain and static affair although it is scored with a rather jolly tune. The few menu options which are displayed on the menu are easy to navigate through with only the 'special features' option of any real use. And to be honest, if you find any of the sub menus hard to find or the layouts complicated then you're going to be having trouble working out which end of the remote control to point at the television.

Extras wise, it's a bit of a mixed bag really. The highlight has to be the Audio commentary track with director Nancy Meyers and Jack Nicholson. The pair appear to get along like a house on fire and they happily chat about the cast members, the various locations and filming techniques. Jack Nicholson is so much more talkative than I expected him to be and he offers plenty of information, even the occasional reference to his family, without being prompted.

The second audio track with Nancy Meyers and Bruce Block is a more technical affair. And to be honest is all rather dull. I usually like the 'techie' commentaries but I just couldn't get into this one at all and soon got bored. And whilst the menu text suggested that Diane Keaton was also present on this track I failed to find any evidence of her presence. If she's there, she doesn't say much!

The other extras are rather poor and don't really offer any additional value to the disc. However, they are still worth looking at, even out of idle curiosity. The short Something Romantic About the Story featurette doesn't really contain anything of note and is the usual slap on the back congratulatory affair. Again, the rather short Hampton House Tour featurette is rather poor, but with a little more effort could have been something much better and far more interesting to watch. Presented by Amanda Peet, who plays Marin in the film, she wanders around the set talking to a few members of the crew and talks about her on set nerves. But running at a mere 3 minutes it's hardly worth the effort.

Next up is a cringing deleted scene of Harry singing Karaoke to Erica. But to be fair, Jack appears to be able to sing to some degree and you can hear his full tune on the closing credits (and no doubt the films soundtrack CD too). Rounding off the rather disappointing set of extras off is the ultimate in padding material - the Theatrical trailer.

The first half of Something's Gotta Give is rather good with some excellent one liners from Nicholson and, yes, even Keanu Reeves manages to raise a laugh or two with probably the best line of the film. But the clichéd Hollywood rules of a romantic comedy have to be obeyed and once the final act is reached it becomes rather tiresome right up to its ultimate vomit inducing conclusion. Mind you, you'd have a spot of trouble trying to class the film as a romantic comedy if the film finished in a PMT style of a sea of tears, tantrums and the throwing of expensive crockery.

And was Diane Keaton really up for an Oscar for her role of Erica Barry? Blimey, the competition that year must have been truly ropey as her mournful crying was so false it verged on the annoying. An Oscar winning performance? I think not. But, as usual, Nicholson was on auto pilot as he stole every scene and cruised through the film as if it was just another day at the office. You just can't fault his professionalism and the simple fact that he's a damn good actor, as his numerous Oscar nominations go to prove. It doesn't matter what film Nicholson stars in as no matter what it is you can be sure that he'll act everyone else off the set - and Something's Gotta Give is no exception.

Something's Gotta Give is the sort of film you're required to sit and watch with the girlfriend, but don't worry, it's not the sort of film which requires the manly I've got something stuck in my eye moment as you reach for the hanky. Trouble is, it's also not the sort of film you'd go out of your way to buy either. However, with the top billing of the likes of Keanu Reeves and Jack Nicholson it is sure to do a roaring trade in the rental market. It's just a pity that the overall image quality and the value of the extras prevented it from becoming a must buy rather than a must rent.

BD
Starring Chris Evans, Snowpiercer, the post-apocalyptic ice age thriller set on a train that travels around the globe, is released on DVD and Blu-ray 25th May 2020 from Lionsgate Home Entertainment. END_OF_DOCUMENT_TOKEN_TO_BE_REPLACED
Latest ReviewsView