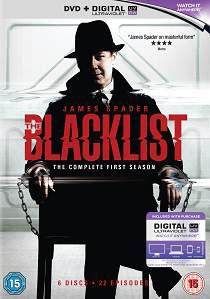 All 22 episodes are included in the six-disc Blu-ray and DVD releases of The Blacklist : The Complete First Season. Special features include commentary on three key episodes and two all-new featurettes. The Insider: Making Season One takes viewers through the freshman season with the cast, writers and executive producers, from brainstorming the weekly Blacklisters to developing character relationships. In addition, there are 22 episodes of Beyond "The Blacklist", offering a behind-the-scenes look at each of the episodes.

Exclusively available on Blu-ray are two additional featurettes. The first, Inception: Making the Pilot, provides an inside look at how The Blacklist was brought to life, featuring the cast, production team, creator Jon Bokenkamp and pilot director Joe Carnahan. The second featurette, Rogue's Gallery: The Blacklisters, gives insight into the writers and executive producers' process of creating the notorious criminals on the show. Also exclusive to the Blu-ray are behind-the-scenes character profiles on all the major players, from "Red" and Liz Keen to Tom Keen and FBI Assistant Director Harold Cooper.

For decades, ex-government agent Raymond "Red" Reddington (James Spader) has been one of the FBI's most wanted fugitives. Brokering shadowy deals for criminals across the globe, Red was known by many as "The concierge of Crime". Now, he's mysteriously surrendered to the FBI with an explosive offer: he will help catch the world's most elusive criminals, under the condition that he speaks only to Elizabeth "Liz" Keen (Megan Boone, TV's Law & Order: Los Angeles), an FBI profiler fresh out of Quantico. For Liz, it's going to be one hell of a first day on the job.

UHD
Mega-action hero Liam Neeson stars as a father in search of answers after his son is mysteriously murdered in Cold Pursuit, arriving on 4K UHD, Blu-ray and DVD 24th June 2019 from StudioCanal. END_OF_DOCUMENT_TOKEN_TO_BE_REPLACED
Hot PicksView 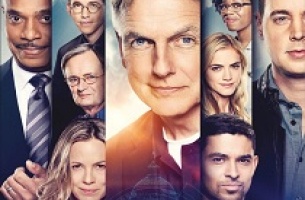 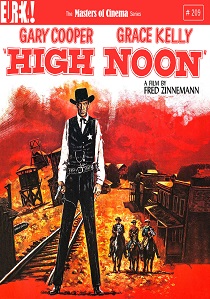