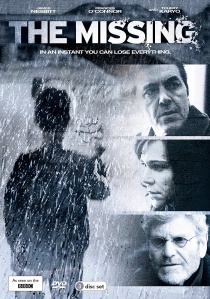 Hard hitting new BBC drama The Missing starring James Nesbitt and Frances O'Connor as the frantic parents of a missing child, and Tcheky Karyo as the detective assigned to their case, comes to DVD and Blu-ray on 26th December 2014 courtesy of RLJ Entertainment's Acorn Label following its run on BBC One.

When five year-old Oliver disappears while on holiday in France, it is the beginning of a journey that will span eight years and two continents. The Missing takes you inside the mind of a father, Tony (Nesbitt - Cold Feet, Murphy's Law, Jekyll), desperate to find his lost son.

This powerful eight part series stars a fantastic cast including Jason Flemyng (Lock, Stock and Two Smoking Barrels), Anastasia Hille (The Tunnel) and Josephine de la Baume (Rush) and will be released as a stunning three-disc DVD set and two-disc Blu-ray on 26th December 2014. It airs from 28th October 2014 on BBC One.

Told through a delicate and complex narrative that reflects the fractured and frantic battle for a lost child, The Missing is a thrilling and heart-breaking drama of a life consumed by hope, love, truth and obsession.

A gripping puzzle with twists and turns at every stage, Tony's exhaustive search fractures his marriage to Emily (O'Connor - Mr Selfridge ) and threatens to destroy his life. Julien (Karyo - The Patriot), the French police detective who launched the initial search for the child, also finds himself drawn back into the hunt that he was never able to resolve when Oliver first disappeared.

Exploring the emotional cost of a child's abduction, this gripping thriller is expected to become one of television and DVD's biggest titles of the year.