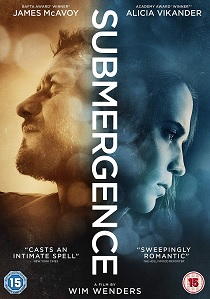 Danielle embarks on a deep-sea diving mission to the deepest parts of the ocean to test her theory on the origin of life, while James treks to volatile Somalia to track down the source of suicide bombers infiltrating Europe.

When James is taken hostage by Jihadist fighters Danielle must push the boundaries of science and journey to the bottom of the ocean, not knowing whether James is dead or alive. Challenged by immeasurable obstacles, they face the greatest questions of life and love as they fight to find answers - and each other.

Adapted from the acclaimed novel by J.M. Ledgard, the visually stunning Submergence is a complex study of love, vocation and upheaval.

BD
The surviving members of the resistance face the First Order once again, and the legendary conflict between the Jedi and the Sith reaches its peak as Star Wars: The Rise of Skywalker is released on ... END_OF_DOCUMENT_TOKEN_TO_BE_REPLACED
Hot PicksView