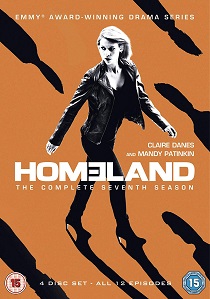 At the end of last season, following an assassination attempt on her life, President Keane (Marvel) broke her promise to Carrie (Danes) by arresting 200 members of the intelligence community without bringing charges against them, including Saul Berenson (Patinkin). As season seven begins, Carrie has left her job in the White House and moved back to D.C. and is living with her sister Maggie (Amy Hargreaves) to take on the Keane administration and secure the release of the 200.

3D-BD
After escaping an attack by what he claims was a 70-foot shark, Jonas Taylor must confront his fears to save those trapped in a sunken submersible as The Meg arrives on DVD, Blu-ray, 3D Blu-ray, 4K ... END_OF_DOCUMENT_TOKEN_TO_BE_REPLACED
Hot PicksView