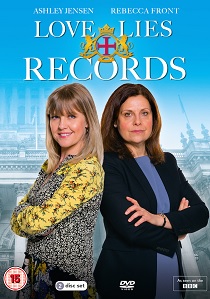 Offered a promotion to her dream job of Superintendent, registrar Kate Dickenson (Jensen) is torn between the endless responsibilities of being a modern working mother and taking the next step in her career.

There's trouble at home, with a daughter who is hiding suspicious messages on her mobile, a son who hates her because she bought the wrong trainers and a stepson who has just turned up unannounced and is planning to stay. Kate must juggle her personal life with the daily dramas of new babies, weddings and bereavement and the impact they have on her.

As Kate tries to hold her career, life and relationship together, things go from complicated to impossible when a disgruntled colleague threatens to expose a secret from her past.