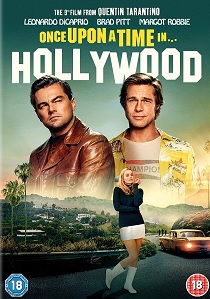 The ninth film from the writer-director Quentin Tarantino features a large ensemble cast and multiple storylines in a tribute to the final moments of Hollywood's golden age as Once Upon a Time... in Hollywood arrives on DVD, Blu-ray and 4K UHD 9th December 2019 from Sony Pictures Home Entertainment.

With Once Upon a Time... in Hollywood, Quentin Tarantino continues to evolve and to surprise audiences. While the movie has all of the hallmarks of a Tarantino film - a wholly original story, with fresh characters, presented with bravura technique - his ninth film also breaks new ground for the writer-director. It is a character-driven story, dealing with mature issues of unfulfilled expectations that inevitably confront us all as we age, and ultimately, at its heart, is the story of a friendship. In Hollywood, this struggle is particularly dramatic, as success and failure live side by side. In Once Upon a Time, they do so literally as well as figuratively.

Uniting two of today's greatest stars in a first-ever pairing and recreating an entire lost era, the film is big cinema made for the big screen. Even as sequels and superheroes continue to deserve a place in cinematic history, Once Upon a Time... in Hollywood offers a truly original cinematic experience.

Set in 1969, Tarantino recreates the time and place of his formative years, when everything - the United States, the city of Los Angeles, the Hollywood star system, even the movies themselves - was at an inflection point, and no one knew where the pieces would land. All this is not entirely dissimilar from the changes buffeting Hollywood today.

At the center is Rick Dalton, played by Leonardo DiCaprio. Rick had been the star of "Bounty Law," a hit television series in the 50s and early 60s, but his prophesied transition to motion picture stardom never materialised. Now, as Hollywood moves towards a new aesthetic, Rick worries that his time has passed - and wonders if there's still a chance for him. "Rick Dalton is a byproduct of the 50s - the 1950s pompadour hero - but now there's a new era and this train has passed him by," says DiCaprio. "Working with Quentin, we saw Rick Dalton's story as a journey of an immense lack of confidence - his inability to be thankful for the position that he's in and what he's already gotten. He's constantly yearning for something more."

At Rick's side is Cliff Booth, a former war hero, now Rick's stunt double, played by Brad Pitt. As their careers have evolved and their struggles increased, the one constant for them has been each other. Cliff has proven his loyalty to Rick over and over again, and vice versa - they are the only true family that either has. "Our characters are based on an actor-stuntman relationship - spending entire careers together was much more prevalent at that time," says Pitt. "We talked about Steve McQueen and Bud Ekins, who were a strong team with The Great Escape, and we talked about Burt Reynolds and Hal Needham. In fact, we got to talk to Burt about that, which was a real joy. There was just a tighter bond between the two - where we're more transitory in that way today. Cliff and Rick really rely on each other. The down time is more grueling than the actual work at times, so to have a friend, to have a partner, was all-important. It's even all-important now."

Surrounding DiCaprio and Pitt on Rick and Cliff's journey are a mix of real and fictional characters played by a who's who of today's most acclaimed actors: Al Pacino as Marvin Schwarzs, an emeritus agent selling the virtues of Italian westerns, Kurt Russell as Randy, a stunt coordinator, Dakota Fanning as the Manson family member Squeaky, and Margot Robbie as Sharon Tate, the idealised ingenue who just happens to be Rick's neighbour. She is married to Roman Polanski, whose film Rosemary's Baby has made him the hottest director in town; they're on every party list, living the high life. 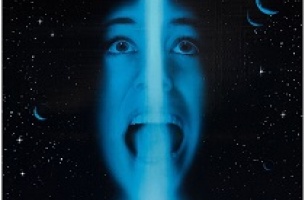