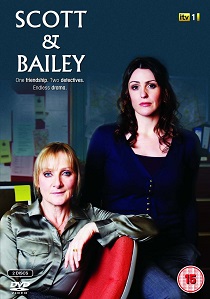 The two women are members of Manchester Metropolitan Police's Major Incident Team, whose task is to track down killers. They enjoy a warm, engaging, robust friendship.

Rachel Bailey is intuitive, bright, bold, funny. She's passionate about her job. Her one big flaw is her impulsiveness, which occasionally leads her boss, Detective Chief Inspector Gill Murray (Amelia Bullmore), to view her as a liability. Rachel persistently burns the candle at both ends. Her spur of the moment ideas and emotional vulnerability lead to dramatic consequences first in her private life and then at work.

Janet Scott is subtle, deep, reliable, a diplomat and a thinker. She has two teenage daughters and is in a marriage that over the years has become little more than a convenient arrangement for both her and husband Adrian (Tony Pitts). Janet's a very private person; not even Rachel knows that she has been sexually involved with her immediate boss, Detective Sergeant Andy Roper (Nicholas Gleaves). The unsolved murder of a childhood friend caused Janet to have a break-down as a teenager, but then spurred her to join the police force. She remains determined to track down the killer

Detective Chief Inspector Gill Murray leads a team of over thirty detectives, including Rachel, Janet and Detective Sergeant Andy Roper. A divorced single parent, Gill is a hugely capable woman, whose speedy thought processes require everyone around her to raise their game to keep up with her. Charismatic, funny, clever, fair-minded, occasionally scary, a paradigm of professionalism, Gill is an inspiring detective and leader, always at the centre of the office scene.

Scott & Bailey are both competent, ambitious women, passionate about getting the job done effectively. Neither of them suffer fools. They draw on each other's strengths every day to deal with extreme and horrific crimes.